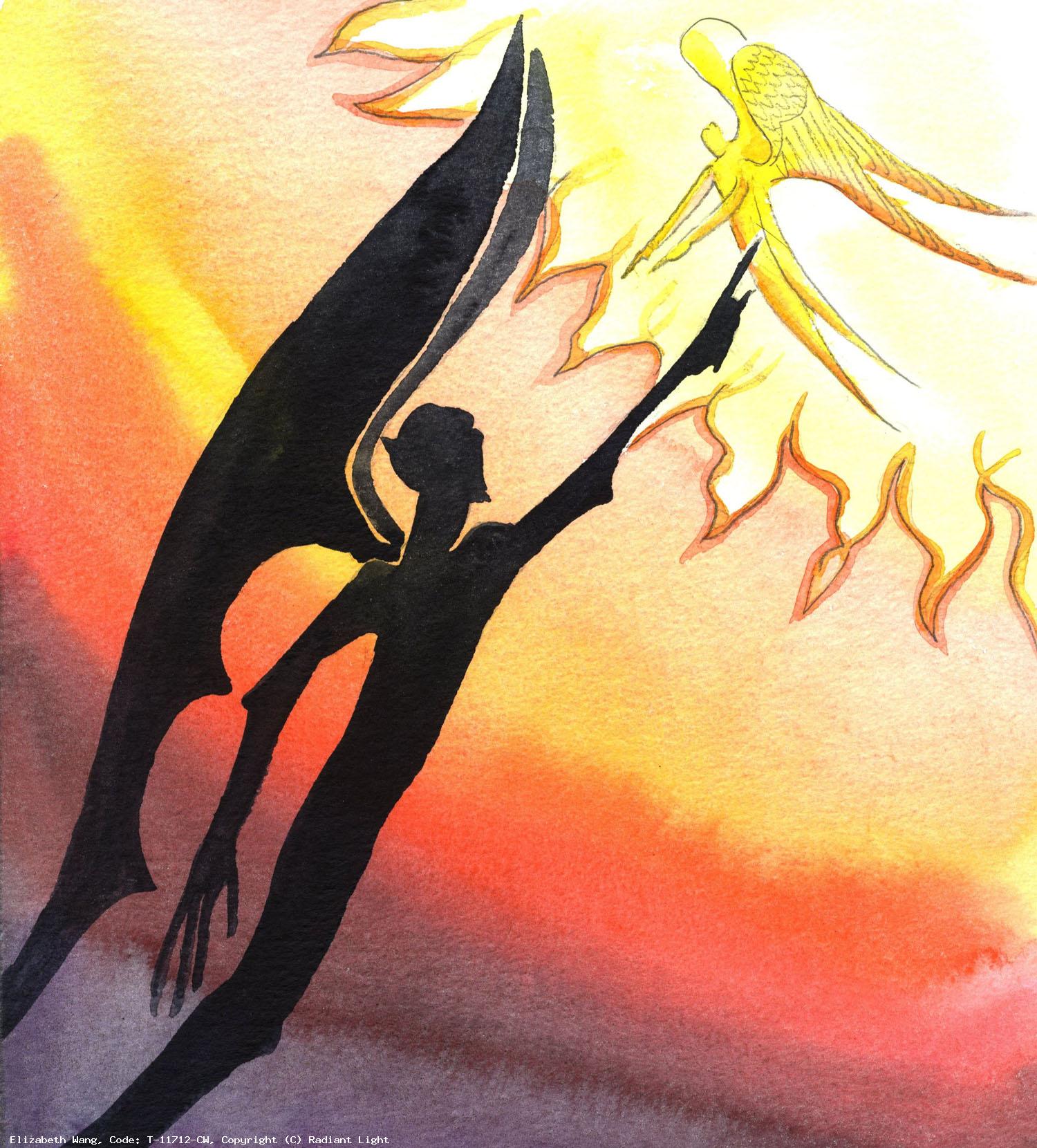 Image Theme: stubbonness Back to search

Title: Pride was the sin of the Angels, as described in Sacred Scripture, when some rebelled against God and fell from grace. Pride, too, with stubbornness, is the sin which the Lord sees in the hearts of those who persist in disbelief even until death, ignoring His invitations to believe and to repent, so that they can enter Eternal life with Him and not fall into Hell.